skip to main | skip to sidebar

MAINSTREAM, VOL. XLIX NO 6 , JANUARY 29, 2011
The Greatest Treasure
Jawaharlal Nehru
January 30 this year marks the sixtythird anniversary of Mahatma Gandhi’s martyrdom. We offer our homage to his indelible memory by reproducing the following excerpts from Jawaharlal Nehru’s statement in the Constituent Assembly on February 2, 1948, that is, within three days of the assassination of the Father of the Nation.

I am not quite sure in my own mind if it is exactly fitting for me or for any others of this House to say much on this occasion, for I have a sense of utter shame both as an individual and as the head of the Government of India that we should have failed to protect the greatest treasure that we possessed. It is our failure, as it has been our failure in the many months past, to give protection to many an innocent man, woman and child; it may be that the burden and the task were too great for us or for any government. Nevertheless, it is a failure. And today the fact that this mighty person whom we honoured and loved beyond measure has gone because we could not give him adequate protection is a shame for all of us. It is a shame to me as an Indian that an Indian should have raised his hand against him, it is a shame to me as a Hindu that a Hindu should have done this deed and done it to the greatest Indian of the day and the greatest Hindu of the age…

A glory has departed and the sun that warmed and brightened our lives has set and we shiver in the cold and dark. Yet, he would not have us feel this way. After all, that glory that we saw for all these years, that man with the divine fire, changed us also—and such as we are, we have been moulded by him during these years; and out of that divine fire many of us also took a small spark which strengthened and made us work to some extent on the lines that he fashioned. And so if we praise him, our words seem rather small, and if we praise him, to some extent we also priase ourselves. Great men and eminent men have monuments in bronze and marble set up for them, but this man of divine fire managed in his lifetime to become enshrined in millions and millions of hearts so that all of us became somewhat of the stuff that he was made of, though to an infinitely lesser degree. He spread out in this way all over India, not in palaces only, or in select places or in assemblies but in every hamlet and hut of the lowly and those who suffer. He lives in the hearts of millions and he will live for immemorial ages.

What then can we say about him except to feel humble on this occasion? To praise him we are not worthy—to praise him whom we could not follow adequately and sufficiently. It is almost doing him an injustice just to pass him by with words when he demanded work and labour and sacrifice from us; in a large measure he made this country, during the last thirty years or more, attain to heights of sacrifice which in that particular domain have never been equalled elsewhere. He succeeded in that. Yet ultimately things happened which no doubt made him suffer tremendously though his tender face never lost its smile and he never spoke a harsh word to anyone. Yet, he must have suffered—suffered for the failing of this generation whom he had trained, suffered because we went away from the path that he had shown us. And ultimately the hand of a child of his—for he after all is as much a child of his as any other Indian—a hand of that child of his struck him down.

Long ages afterwards history will judge of this period that we have passed through. It will judge of the successes and the failures—we are too near it to be proper judges and to understand what has happened and what has not happened. All we know is that there was a glory and that it is no more; all we know is that for the moment there is darkness, not so dark certainly because when we look into our hearts we still find the living flame which he lighted there. And if those living flames exist, there will not be darkness in this land and we shall be able, with our effort, remembering him and following his path, to illumine this land again, small as we are, but still with the fire that he instilled into us.

He was perhaps the greatest symbol of the India of the past, and may I say, of the India of the future, that we could have had. We stand on this perilous edge of the present between that past and the future to be, and we face all manner of perils and the greatest peril is sometimes the lack of faith which comes to us, the sense of frustration that comes to us, the sinking of the heart and of the spirit that comes to us when we see ideals go overboard, when we see the great things that we talked about somehow pass into empty words and life take a different course. Yet I do believe that perhaps this period will pass soon enough.

Great as this man of God was in his life, he has been greater in his death and I have not the shadow of a doubt that by his death he has served the great cause as he served it throughout his life. We mourn him; we shall always mourn him, because we are human and cannot forget our beloved master. But I know that he would not like us to mourn him. No tears came to his eyes when his dearest and closest passed away—only a firm resolve to persevere, to serve the great cause that he had chosen. So he would chide us if we merely mourn. That is a poor way of doing homage to him. The only way is to express our determination, to pledge ourselves anew, to conduct ourselves in a befitting manner and to dedicate ourselves to the great task which he undertook and which he accomplished to such a large extent. So we have to work, we have to labour, we have to sacrifice and thus prove, to some extent at least, worthy followers of his. 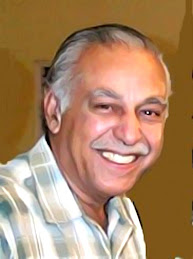 A mass leader with moral instinct

From where i am followed..